Course Description: Women in the US make approximately 80% of the health care decisions for their families, yet often go without health care coverage themselves. Simultaneously many chiropractors are uncomfortable adjusting female concerns outside of headaches, low back or extremity pain. With females having such a large influence on healthcare choices for their families, we need to make sure chiropractors are comfortable in discussing, diagnosing, and adjusting issues related to only females. This lecture is designed to provide new and innovative techniques to handle thoracic pain in females, pelvic constipation, PMS, and pelvic disorder. Having top-of-mind access to different ways of treatments will help avoid risk and provide confidence in the best way to naturally heal. 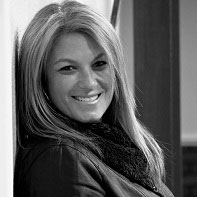 Dr. Howard is the Director of Functional Nutrition for Neurosport Elite. She teaches for the DABCI (diplomate of the American Board of Chiropractic Internists) on male and female pelvic disorders, pediatrics, Immunology, GI disorders, Endocrinology and Nutritional Blood Analysis/ Interpretation. Other current positions include: Northern Illinois Delegate for the American Chiropractic Association and recipient of the Flynn/Lynch Award 2015 for outstanding service, Executive Board Member and instructor for POWERPlay in Sports, Medial Advisory Board for Integrative Therapeutics and the Functional Medicine University.

Locally she serves as a Board member for the Frankfort Falcons Youth Football organization, and team Chiropractic Physician for Dreamz Elite competitive Cheerleaders. She maintains her private practice and travels all over the country lecturing for various companies.

Dr. Sabrina Atkins studied for her Bachelor of Science, Masters of Sports Injury Management, and Doctorate of Chiropractic Care at Life University in Marietta, Georgia. She graduated in 2001 from Life University with honors.

Dr. Atkins has extensive experience working with athletes and athletic organizations offering years of expertise in the field of sports injury management and performance enhancement.

She serves as Official chiropractic physician for: Orlando Ballet since 2005 and NBA’s Orlando Magic since 2009

Her involvement in team sports began with the women’s basketball team at Life University, with whom she traveled, during her internship for her Masters of Sports Injury Management. She was the first student to initiate travel for treatment during athletic events, through Life University. This pivotal milestone assisted in the development of a program, launched for
current students, to travel alongside with teams, allowing them to provide treatment during athletic events; assisting in the advancement of their hands-on experience, as well as providing invaluable on-site chiropractic care for competing athletes at all levels.

Physician of the Year award, four years in a row, and has been honored with the Tender Care award from the Orlando Ballet.

She was honored locally by the Orlando Business Journal as a recipient of one of the 40 Under 40 awards where business professionals, and entrepreneurs under 40 are recognized for their achievements. Most recently, Dr. Atkins was recognized for her involvement with Professional Sports Teams in the Florida Chiropractic Association Journal issue: WOMEN IN SPORTS
CHIROPRACTIC.

Dr. Sabrina was an athlete herself. She played softball and tennis; was a track sprinter and high-jumper; was the first female on the varsity wrestling team at her high school (another trail she blazed, paving the way for other female wrestlers and encouraging the development of female wrestling teams. She now enjoys running, yoga and acro-yoga and she is an avid hiker and camper. She became a new mommy in the Fall of 2011 and is enjoying every minute of the hardest most rewarding thing she has ever done; being a mommy to her little girl, Bella.

Practicing physical therapy for over 40 years, Dee is an internationally recognized author, teacher, and speaker on the treatment of chronic vulvar pain. For over 27 years she devoted the majority of her private practice to the treatment of women with chronic vulvar pain, sexual dysfunction, chronic pelvic pain, and bowel and bladder disorders. As an active member of the APTA’s Section on Women’s Health, she was the originating chairman of the Task Force responsible for the creation of the Certificate of Achievement for Pelvic Physical Therapy (CAPP) and served on the Vulvar Pain Task Force. She is a fellow and past member of the
Executive Counsel of the International Society for the Study of Vulvovaginal Disease (ISSVD) and is a past President and counselor for the North American Chapter of the ISSVD; a current member and past board member of the International Pelvic Pain Society (IPPS); a current member and past board member of the National Vulvodynia Association (NVA); and is a member of the International Society for the Study of Women’s Sexual Health (ISSWSH). In 2017, she and Elizabeth Wood, MSW, CSSE, BC, co-founded VulvaLove and the Center for Genital Health and Education. Their focus is normalizing vulvar diversity and reframing the conversation around desire, arousal, pain, and pleasure. In July 2021, she and Elizabeth published, “The Pleasure Prescription: A Surprising Approach to Healing Sexual Pain”. Dee is happily married to the love of her life, is the mother of 5 wonderful, grown children, and Gramma to 8 glorious grandchildren.